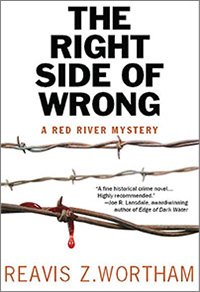 Burrows ended as 1965 drew to a close with Constable Cody Parker’s frightening precognition of gathering storm clouds for the tight-knit Parker family from Center Springs, Texas. The dreams proved accurate. Cody is ambushed and nearly killed on a lonely country road during an unusually heavy snowfall. With that attack, the locals begin to worry that The Skinner, from The Rock Hole, has returned.

Constable Ned Parker struggles to connect a seemingly unrelated series of murders as his nephew recovers. As the summer of 1966 approaches, rock and roll evolves to reflect the increasing unrest in this country, and the people of northeast Texas wonder why their once peaceful community has suddenly become a dangerous place to live.

And then there’s the arrival of the mysterious tough old man named Tom Bell.

Humor, suspense, horror, precognition, and life in the tumultuous 60s are examined with an unflinching eye by the author of the Red River series.

“A sleeper that deserves wider attention.”
—The New York Times

“Wortham’s third entry in his addictive Texas procedural set in the 1960s is a deceptively meandering tale of family and country life bookended by a dramatic opening and conclusion. C.J. Box fans would like this title.”
—The Library Journal (starred review)