“A Confluence In Time” — A new Sonny Hawke story

I don’t write very many short stories, but I was recently contacted by a friend and author who asked me to produce this one for an online link to other Texas authors. It began as a simple story of my fictional Texas Ranger Sonny Hawke back when he was a young DPS officer. As the story evolved, I realized it was the perfect time to introduce new characters from an upcoming novel, Tucker and Harley Snow. That novel is set in the present, but here you get to see them while they were working together as undercover narcotics officers in the Dallas area. The interesting thing is those brothers are real, and are working with me on this work in progress that I hope to see in 2022. Unfortunately, the Sonny Hawke series ended with book four, Hawke’s Fury, but he will continue appear in upcoming short stories. Thanks for your support. Enjoy! 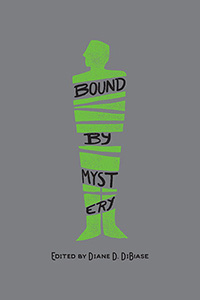 In celebration of their 20th anniversary, Poisoned Pen Press commissioned original short stories from thirty-five of its authors, past and present, including Reavis’ Gold Digger. From the blog Little Big Crimes: “Most of this story takes place in May 1934, on the night Bonnie and Clyde died, although that has nothing to do with the story.  (Well, now that I think of it, it might explain a bit of one character’s motivation.  Subtle, that.)  It’s rural Texas and our narrator is a ten year old boy at a barn dance, with no less than Bob Wills and his Texas Playboys performing. He witnesses a murder, a pointless killing involving that ancient cause of trouble, an older husband a younger wife. Then we jump to the same guy in World War II, and then many years later to his old age.  And only at that point does he, and do we, figure out exactly what was going on back in 1934.  I didn’t see the twist coming at all.” 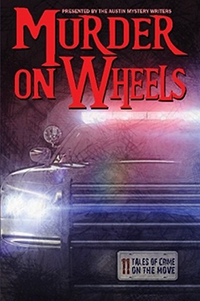 Murder On Wheels: Eleven Tales Of Crime On The Move (2016, Wildside Press)

Presented by the Austin Mystery Writers, Murder on Wheels is the winner of Killer Nashville’s 2016 Silver Falchion Award for Best Short Story Anthology. “Various wheeled modes of transportation past and present serve as a key part of each tale… Running moonshine has gone on for decades in the bottom lands of northeast Texas. In ‘Family Business’ by Reavis Z. Wortham, illegal liquor has paid the bills as well as caused a lot of problems and heartache. It is the business of the Caissen family and comes with a cost.” (Flash Bang Mysteries) 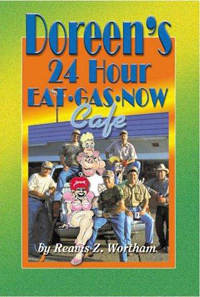 From the Publisher: Doreen’s 24 Hour Eat Gas Now Café is one of those reader-friendly books written to be consumed in small portions—short, funny stories that follow the escapades of a colorful cast of characters you’ll feel you’ve known in your own life. The problem with that design is that once you pick it up, you will find it hard to put it down, so instead of serving its humor in small bites, you’ll probably end up gobbling it all down in one setting. Which is fine. It’s one funny book. If you’ve ever hung around a local coffee haunt, you’ll identify with the likes of Delbert P. Axelrod, “Wrong” Willie, Doc, the ever splendid Trixie, and of course Doreen, the main characters who populate Reavis’ thinly disguised fictional diner.