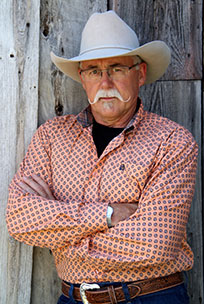 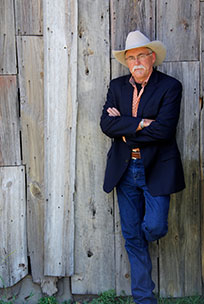 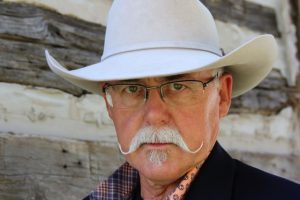 Publicity photos – right-click on the photo and select “save link as” to download high-res versions.

Spur Award winner Reavis Z. Wortham retired in 2011 and now works harder than before as the author of the critically acclaimed Red River historical mystery series. Kirkus Reviews listed his first novel, The Rock Hole, as one of their Top 12 Mysteries of 2011. True West Magazine included Dark Places as one of 2015’s Top 12 Modern Westerns. The Providence Journal writes, “This year’s Unraveled is a hidden gem of a book that reads like Craig Johnson’s Longmire on steroids.” Wortham’s new high octane contemporary western series from Kensington Publishing featuring Texas Ranger Sonny Hawke kicked off in 2017 with the publication of Hawke’s Prey. The fourth Sonny Hawke thriller, Hawke’s Fury, was published in June 2020. In 2019, the Western Writers Association presented Hawke’s War with the Spur Award in the WWA Best Mass Market Paperback category. The next Red River Mystery, The Texas Job, will be published in February 2022.

“Wortham’s writing style is easygoing, relying on natural-sounding dialogue and vivid descriptions to give us the feeling that this story could well have taken place. Another fine entry in a mystery series that deserves more attention.”
—Booklist on Gold Dust

“Will appeal to both fans of police procedurals and those with a fondness for the self-reliant lawmen of old. Hawke’s narrative voice is intriguing and insightful… Fans of the series will feel right at home here, and new readers should have little difficulty following this fast-paced story.”
—RT Book Reviews on Hawke’s War

“Well-paced… The book’s strength lies in Wortham’s ability to construct a world; it doesn’t take long for readers to feel like kinfolk.”
—Publishers Weekly on Unraveled

“Very entertaining… Those who have read the author’s earlier books, including The Right Side of Wrong (2013), will be familiar with Center Springs and its rather unusual denizens, but knowledge of those earlier volumes is not required. This is a fully self-contained story, and it’s a real corker.”
—Booklist (starred review) on Vengeance Is Mine

“A sleeper that deserves wider attention.”
—The New York Times on The Right Side of Wrong

“Wortham’s third entry in his addictive Texas procedural set in the 1960s is a deceptively meandering tale of family and country life bookended by a dramatic opening and conclusion. C.J. Box fans would like this title.”
—The Library Journal (starred review) on The Right Side of Wrong

“Wortham’s outstanding sequel to The Rock Hole (2011)… combines the gonzo sensibility of Joe R. Lansdale and the elegiac mood of To Kill a Mockingbird to strike just the right balance between childhood innocence and adult horror.”
—Publishers Weekly (starred review) on Burrows

“Another winner from a writer who seems to produce nothing but winners.”
—Booklist on The Rock Hole

Chosen as one of the 12 best novels of 2011! “An accomplished first novel about life and murder in a small Texas town… Not just scary but funny too, as Wortham nails time and place in a sure-handed, captivating way. There’s a lot of good stuff in this unpretentious gem. Don’t miss it.”
—Kirkus Reviews on The Rock Hole